For all of you, who ask themselves, what happened to MoneyStats and why it is not available in the AppStore anymore, here is the solution. After v2.1 was released it had quite a good start. Sadly a critical (and really dumb error) was included. Instead of shipping the initial data comprising some demo account and category information, the app delivered the complete testing data with several thousands of entries with no use to anyone. As it is tediuos to delete all entries manually I made a hard decision and pulled the app from the AppStore until release v2.1.1 is reviewed by Apple. 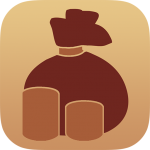 And as it seems, the second review of the somewhat unchanged app (except for the data) was more thorough and found some bug which prevented the start of the app in certain circumstances. The bug itself is fixed by now and the new build is waiting for release. Hopefully in a few days the app will be back in the AppStore so you can benefit from all the new awesome features.